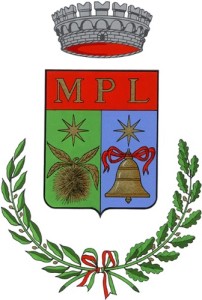 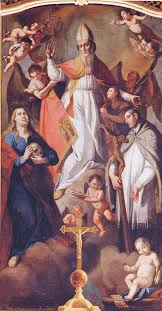 The Liguria region. West of Genoa is West Liguria, or "Liguria di Ponente". The holiday home is located in the province of Imperia. 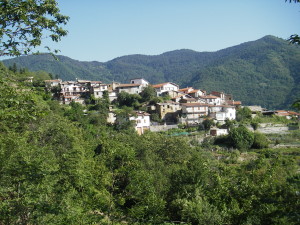 Montegrosso is the least densely populated village of the Imperia province, built on the flanks of the Monte Monega mountain (1882 m.) At 721 meters above sea level and belongs to the Arroscia high valley ("Alta Valle Arroscia"). Main activities: agriculture, viticulture and animal husbandry. Feast of the chestnut: 2nd Sunday of October (the "Castagnata").
The ProLoco  plays a central and important role in, among other things, the organization of events.
Fellow villagers perform at this village association as volunteers. 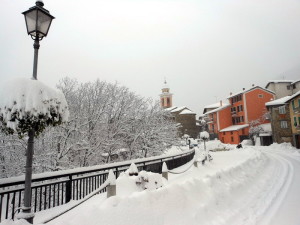 The twinning: on the far right
mayor Giuliano Maglio

Since October 12, 2013, Montegrosso has been a twin municipality with Pontevès, a village in Provence in the French department of Var and has 573 inhabitants. Pontevès is part of the Brignoles district. In 1477 the two paths crossed for the first time: Pontevès was depopulated as a result of the plague epidemic. The diocese and the other church leadership dealt with this problem. To get a new population, 30 families from Montegrosso were found willing to settle in Pontevès. In exchange, a piece of land and a herd of land were owned.

Pontevès in the Provence (F)

According to some historical sources, Montegrosso originated around the beginning of the 11th century. One of the first official reports dates from 1207, when the Counts of Ventimiglia split up with the Scarella family, the lords of Garessio. In 1297 a new set of regulations was established, making the Montegrosso P.L., Cosio di Arroscia, Mendatica and Borghetto d'Arroscia settlements a "lending area" for the lords of Garessio, the Scarella family. The latter sold the lending area in 1321 to the Counts of Lengueglia, who divided it up in 1362 with the Counts of Ventimiglia. In 1445, Count Gasparo, descendant of the Counts of Ventimiglia, transferred feudal justice to the Counts Tascaris from Tenda. In 1625, the village was razed to the ground in the battle between the Duchy of Savoy and the Republic of Genoa. From 1973 to December 31, 2008, Montegrosso P.L. part of the High Valley Arroscia Mountain Municipality (Comunità montana Alta Valle Arroscia). After this she is part of the mountain community of the olive tree and the High Valley Arroscia (Comunità montana dell’Olivo and Alta Valle Arroscia). 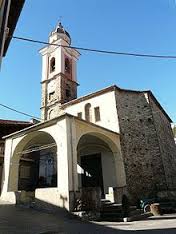 The San Biagio parish church with a parish in Baroque style still contains the original door that was placed there late in the 15th century.
If you walk down Via Sant’Anna in a south-west direction and, after the horses, keep left, following the path, you will come to the patron saint of Sant’Anna, the saint who watches over our street.

the interior of "San Biagio" 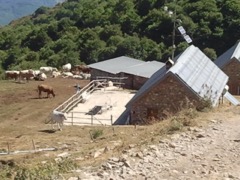 The settlement Case Fascei, at an altitude of around 1300 meters, consists of the "malghe" or "baite", the houses / huts that the shepherds used up to 50 years ago. Nowadays, most have been renovated and are used as a holiday home by the (former) Montegrossini. From there you can walk or cycle in an hour and a half to the Malgheria Pian Latte, the shepherd's hut annex cheese farm of our Manuele. From the end of May to September he grazes his cows there. We have experienced that Manuele knows his cows so well that he recognizes the cow by howling. Before his Malgheria is a picnic bench. Here you can quietly eat your lunch. If Manuele is there, you may be offered a cup of coffee from him. On Saturday Manuele comes from its mountain and sells its freshly made cheeses. From the Malgheria you can walk further, over Monte Monega with fantastic views as a reward. 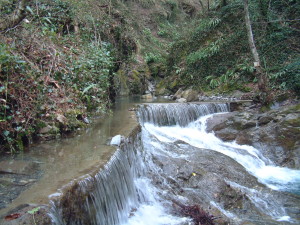 The water from the tap is officially not drinking water. This has to do with legal regulations. Yet every resident drinks it. In fact, people come from far and wide to fill the brought bottles at public fountains and to take this with them. Montegrosso has a number of sources, where very healthy water comes out. For example, a company in Villa - less than 7 kilometers from Montegrosso Pian Latte - uses it to bottle it under the "SantaVittoria" brand.

Natural springwater in a bottle 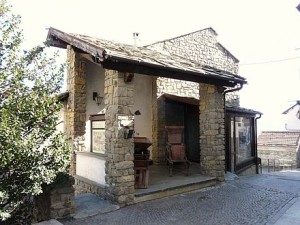 Museum of the chesnut

The Chestnut museum is spread over the village and tells about the chestnut and what it means for the village. It starts in the small museum located near the central village square, the Town Hall Square, on the ground floor of - what was once - the primary school of the parish. From here we set off for a recently restored building where chestnuts were dried (see below: U CanissÃ¹). Then we arrive at two carbonated charcoal ovens. After this we are a chestnut forest. The route is accompanied by signs that explain how it all worked in the past. 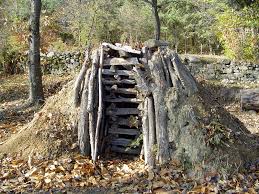 to Liguria
to Whereto
to the Holiday Home
to Other